Why Join Competition Guru for MCA coaching class in Chandigarh?

Competition Guru is leading Coaching centre in Chandigarh,Mohali and Panchkula for best MCA coaching class.We prepare student for MCA entrance exam in both offline as well as online mode.Here  are some good reasons why you should join Competition Guru for MCA coaching classes in Chandigarh.   The first reason why students choose us is that we are a very reputed institute which  offer top-notch MCA coaching class in chandigarh. Secondly, our faculty members have been handpicked after an extensive screening process and hence are extremely knowledgeable about their subjects as well as the industry. Some other reasons for Joining Competiiton Guru for MCA coaching classes in Chandigarh  can be found below: 1. Best Faculty 2. Short Term Courses 3. Flexible Timings 4. Genuine Placements 5. World Class Infrastructure 6. Experience 7 Solid Connections 8 Tutor Reach 9 Cheap Price 10 Job Guidance etc.

Any Student desirous of doing MCA from a good University/Institute is appropriate to apply for this course. Different Eligibility Criteria are to be met for diverse courses at Competition Guru. The time duration for different courses is dissimilar. The Course Curriculum includes a sufficient number of regular classroom sessions along with periodic tests and follow-up discussions. Competition Guru maintains its distinctness from other similar coaching centers by engaging the students with sufficiently suitable assignment problems for home practice apart from the classroom lectures by professional experts in the respective fields. Barring this, the center arranges periodic tests, as well as rapid, follow-up discussions enabling the students with the broad opportunity to interact closely with the teachers of the faculty.

On the one hand, it consolidates a student’s competence to deal with ticklish and twisted questions and on the other hand, boosts up his confidence satisfactorily. Furthermore, monthly tests are consistently conducted even after the regular course period in order to assist the student remain always in touch with detailed and also exhaustive test topics.

Are you looking for best coaching classes for MCA entrance like NIMCET and other MCA entrance exam in Mohali?
If yes, then you are at the right place, Competition Guru Mohali  is one of the leading institute providing Coaching for MCA entrance test in Mohali. MCA is one of the most popular and sought after course across in India. MCA is short for Master of Computer Application. Thousands of students enroll themselves every year to get admission in MCA colleges across India. For admissions, a student has to give admission test called as MCA-UG (B) or M.C.A.-JEE(B). There are many institutes who are providing MCA coaching classes in Mohali but Competition Guru is best known institute providing quality coaching classes on time and competitive fee structure with placement assistance and also getting 100% success rate every year from last 13 years in Mohali/Chandigarh region . These facts proves that how Competion Guru is best coaching class for preparing for MCA entrance exam in mohali.

Panchkula has been fast emerging as one of the most preferred and attractive cities for MCA Entrance Exam coaching in Chandigarh.Competition Guru provide best MCA entrance exam coaching in Panchkula. The people looking forward to getting into a reputed institute prefer Panchkula to fulfill their aspirations. This inclination of Panchkula can be explained on a number of grounds. These include proximity, availability of facilities and quality education which all combine to make Panchkula one of the most preferred cities in terms of MCA coaching in Chandigarh. The competitive entrance exams like NIMCET-MCA, BU – MCA, PGCET MCA, AIMCET MCA, ICET, MAH MCA CET, TANCET MCA, VIT, DU MCA, Pune MCA, JNU MCA, Banaras Hindu University MCA, Hyderabad MCA, NIT’s, IIT Roorkee MCA, Banasthali Vidyapeeth MCA, Devi Ahilya MCA, PU Chandigarh MCA, B.I.T.S. Ranchi MCA are highly important for every MCA aspirant. Thus, preparing well for these competitive exams is crucial not only for securing admission but also cracking it with flying colors. Let Competition Guru help you reach your goal by making full use of our high-quality teaching methods, training techniques and faculty guidance. Our training will enable you to stand apart from those who did not take steps towards preparation before time resulting in appearing unprepared when they enter an examination hall on test day! Don’t fall prey to taking high-risk paths towards preparation while more reliable methods exist just around the corner! Come visit us at our offices located at Sector 11- SCO 38 FIRST FLOOR  PANCHKULA for MCA ENTRANCE exam coaching.

Candidates can check the tentative NIMCET dates from the table given below. The exact dates will be updated once the schedule will be announced by the NIT Jamshedpur.

BIT’s in India for MCA Course :

NIT Surathkal will conduct the NIMCET  exam in online mode as a Computer Based Test. The question paper will have a total of 120 multiple choice questions from the prescribed syllabus. Candidates can check below the detailed pattern of the NIMCET question paper.

The Institute abides mainly by the following syllabus:

THEORY OF EQUATIONS
Polynomials and their charcteristics, Roots of an equation, Relations between Roots and Coefficients,Transformation of Equations, Symmetric function etc. 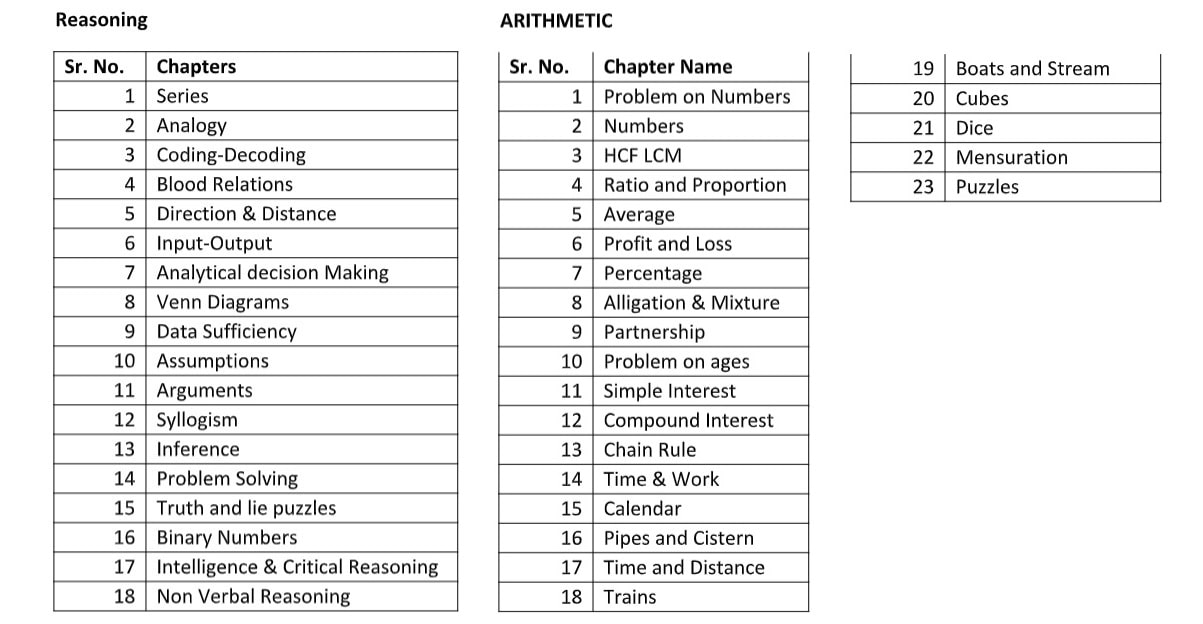 ELEMENTARY ENGLISH AWARENESS
Basic English Awareness of the students would be enriched to cater to the needs of a MCA Entrance Examination The institute heartily welcomes the feedback from its passed-out students pursuing MCA course form different Universities as well as its enrolled students also with many other multifarious topics to supplement its syllabus with broader unforeseen up to date topics. The institute vows to remain abreast of every additional information in the study curriculum and pledges to transport them inside the cerebral cavity of the students.

Competition Guru is the foremost coaching institute and the leader in MCA ENTRANCE EXAM COACHING IN CHANDIGARH, MOHALI, AND PANCHKULA. As a coaching institute, our Endeavour is to completely equip the students for this examination. Our major focus is to provide specialized coaching, so that maximum students get to advantage from our programs such as Regular courses, Online courses, Weekend courses, and also Crash courses for MCA coaching. Competition Guru is for its exceptional teaching methodology by the faculty who themselves have scored top ranks in various competitive exams. We use the traditional board, in addition, to also chalk method to deal with modern trouble in our unique way. MCA ENTRANCE EXAM COACHING IN CHANDIGARH, MOHALI, AND PANCHKULA maintains a lower teacher-to-student ratio so that individual attention is for each learner.

We are glad that you preferred to contact us. Please fill our short form and one of our friendly team members will contact you back.